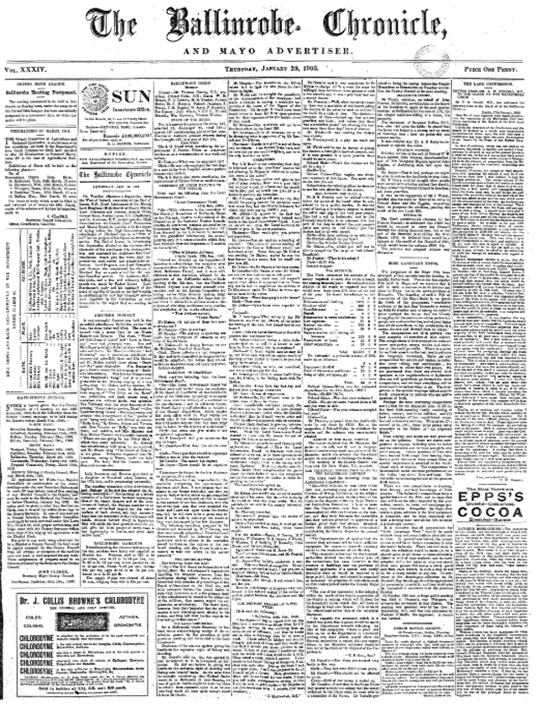 “It is matter of surprise that in an age of great intellectual activity, and in a town like Ballinrobe situated in the centre of an agricultural population, and surrounded by many facilities for commercial enterprise—this important district should heretofore have been without a Local Journal; although the want of such an organ of public opinion has for some time been urgently felt, and. repeatedly acknowledged”

“The publication of the CHRONICLE, we intimated that it should be devoted to Agriculture, - Commerce, Politics, and General Literature; and independent newspaper – such is a brief enumeration of the leading features of the BALLINROBE CHRONICLE.”

When Gore Kelly died on the 1st February 1891 aged 74 years and his daughter Mary Kelly took over as proprietor, editor and manager.