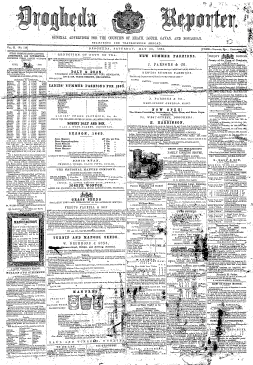 The newspaper was a staunch Unionist publication and can offer a different view on the Irish prospective during the early 19th Century.

The Irish Newspaper Archive resource has 3 additional title available from this region of the country to explore: