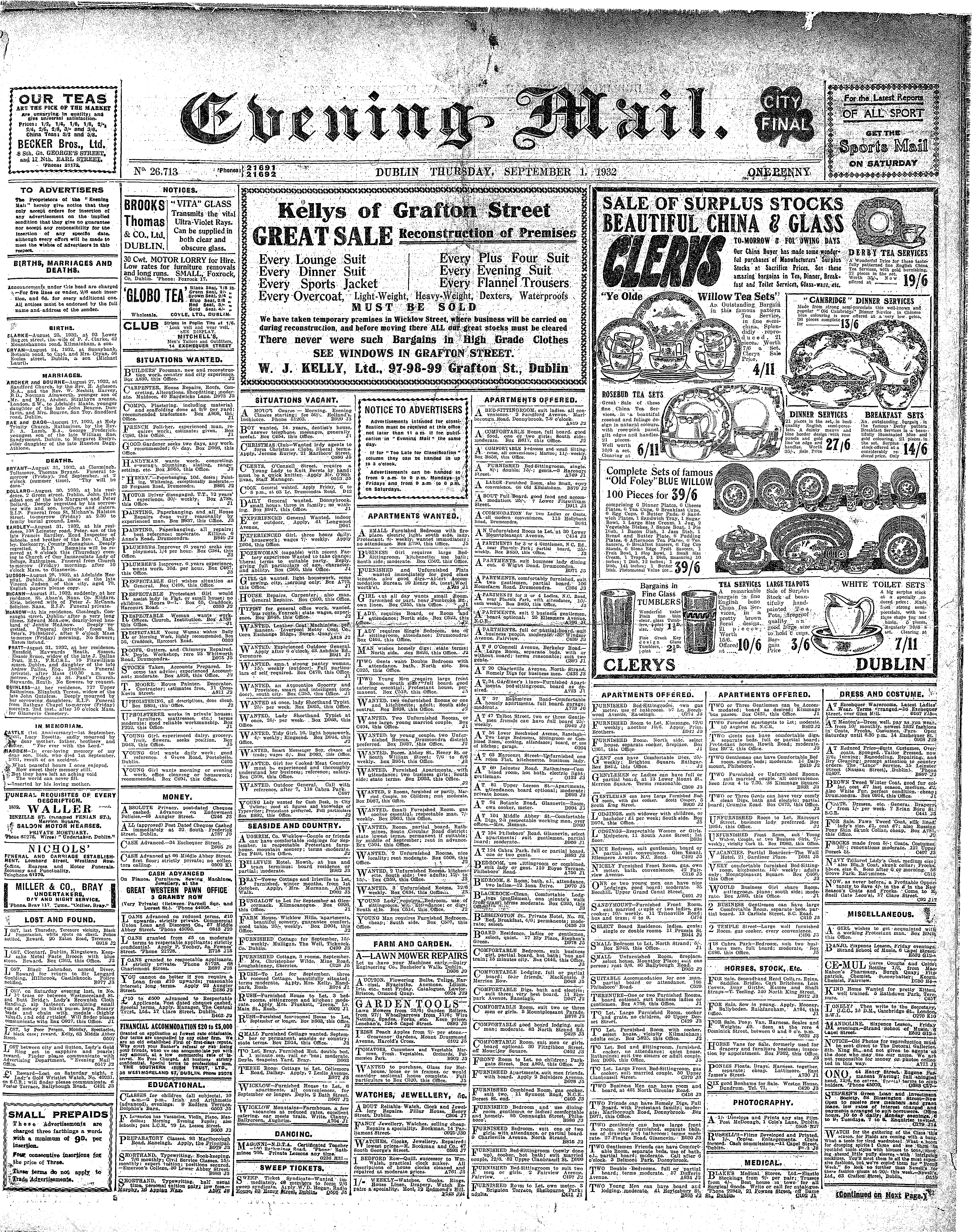 The Dublin Evening Mail was Ireland's longest running Evening title, from it's establishment in 1823 till its demise in 1962. It was a great success under its first Editor and for many decades was Dublin's highest circulating newspapers.

The title was established  in 1823 and ran to 1962 making it Ireland's longest running Evening title.

It was a great success under its first editior Mr. Joseph Hayden and soon became Dublin's highest circulating title with a circulation of over 2,500 per month, a considerable number at the time.

The title changed hands many times in the late 1800's. It developed into a very conservative title and was very much pro-landlord during the period of the Land war.

Through the 1900 is readership was dwarfed by the Irish Times and Freeman's Journal. In the early 1960's the Irish Times purchased the title in an attempt to reluanch it as a rival to the Evening Herald and Evening Press. But it was unable to gain much traction against its rivals. The Irish Time decided to clost the title in 1962.

No of issues available on Irish Newspaper Archives  598