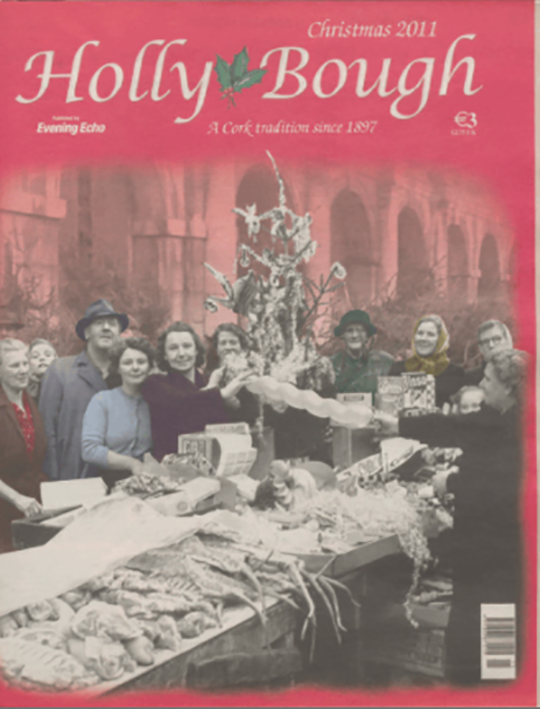 Archive Update: 31/07/2021 - The Holly Bough The Holly Bough has been an annual tradition in Cork since 1897. Irish Newspaper Archives have now released 1927 to current.

The Holly Bough has been an annual tradition in Cork since 1897. In that time, it has become a staple of the Christmas season in city and county, and among the diaspora around the world. It has appeared in all 122 years since it began, apart from a few years during the world wars, and in 1948, when there was a paper shortage. The oldest copy in Cork City Library is from 1924. The Holly Bough contains a plethora of historical stories and photographs about Cork and its people, as well as festive articles, a food & drink section, a junior section including puzzles, fictional short stories and poems by local people, and a sports section.

The magazine is now larger than it has ever been in its history – 164 pages.
Editors down the years have included Stephen Coughlan and Walter McGrath, and the current editor, John Dolan, has been at the helm since 2002. He attributes its continued success to hard work by generations of people, from writers to in-house journalists, editors and photographers, from printers to distributors, advertisers to contributors. The latter are the backbone of the Holly Bough. “The Holly Bough is written by Cork people, for Cork people” he says.