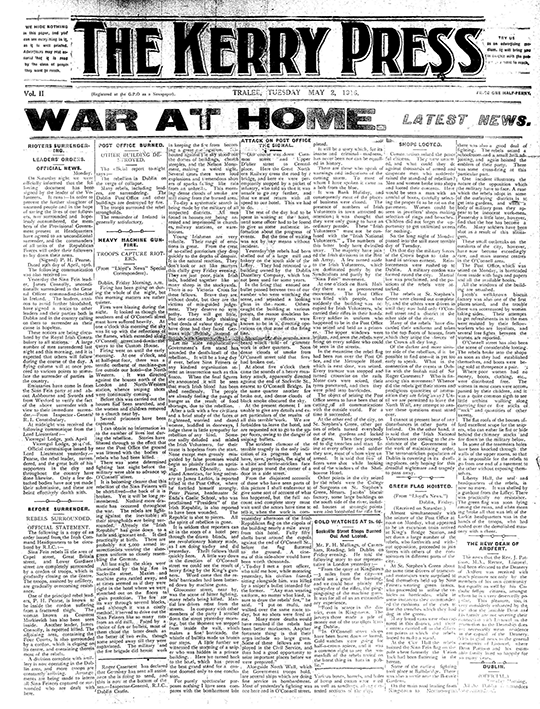 The Kerry Press and Kerry Advocate will be specially devoted to the interest of Kerrymen, to the advocacy of their national civic rights and to the furthermore of their material well-being in every branch of human activity- Commercial, Agricultural, Professional – into which the community of our great country is divided.

The Kerry Press will be a bi-weekly half penny newspaper, the Kerry Advocate a penny weekly, and a bi-lingual monthly for the promotion of language, literature and pastimes of the our country

If you would like contribute more detail on the origins of the Kerry Press why not send our content team your information on info@irishnewspaperarchives.com