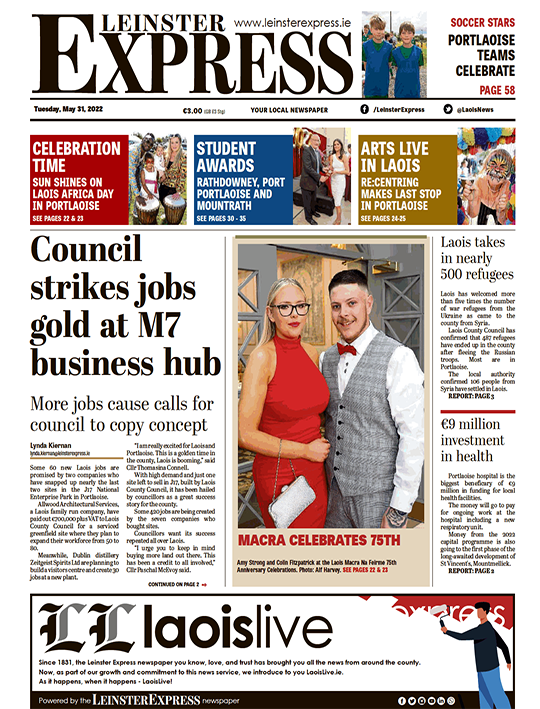 1843 to 1851, the full subtitle is "Queen's and King's counties, county of Kildare, Carlow, Kilkenny, Tipperary, Wicklow, Dublin and midland mercantile and agricultural advertiser."

The initial motto used when the paper was first published is a quote from Benjamin Franklin, that begins,

"If by liberty of the press, were to be understood merely the liberty of discussing the propriety of public measures..."

and can be seen on the first page of the first edition which can be downloaded here.

Henry W. Talbot set out the ethos of the new publication in its first edition: “Bound to no party, the partisans of no faction, we pledge ourselves to perform the arduous duties of a public journalist fearlessly and impartially, neither aspiring to the patronage of the great and powerful, or courting the smiles of an ephemeral popularity.”

The Leinster Express has served the population Laois for many decades and is still going strong today. Now part of the Iconic Newspaper Group which owns a number of Irish titles which are available through the Irish Newspaper Archive gateway:

We would like to thank the Waterloo Directory for assisting with the history of the Leinster Express history page.