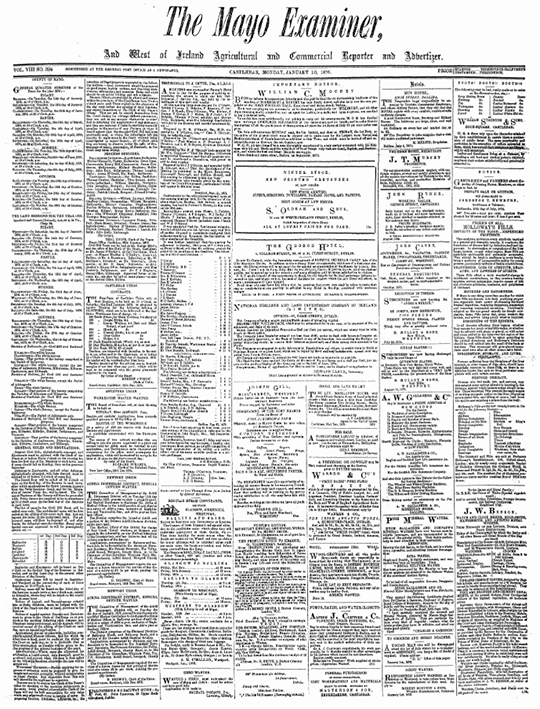 The Mayo Examiner published its first newspaper on the 06.July.1868 and lasted only a few years with its last publication released on the 30.December.1876.  The proprietor of the newspaper was a Mr Alfred Sheridan and in the first edition page 2 he writes in the prospectus about the difficulties in opening a newspaper.

The prospectus offers an interesting view of the difficulties that editors and proprietors faced when launching a new venture.

Prospectus: "In the columns of the Examiner we shall fight the battles of the People...we entertain no hostility to any class--we feel no sectarian rancour towards any creed, and, whilst supporting the rights of those who agree with us, we shall respect the religious feelings of those who differ from us in religion, and shall strive--humbly, perhaps, but yet zealously and unceasingly--to induce all good and true Irishmen to unite upon one common platform for the good of our common country" (no 1, 06 Jul 1868, p.2).
In its opening address in 1:1, the editors add: "in the interests of farmers, traders and professional classes of Mayo" the Examiner is a necessity (2).