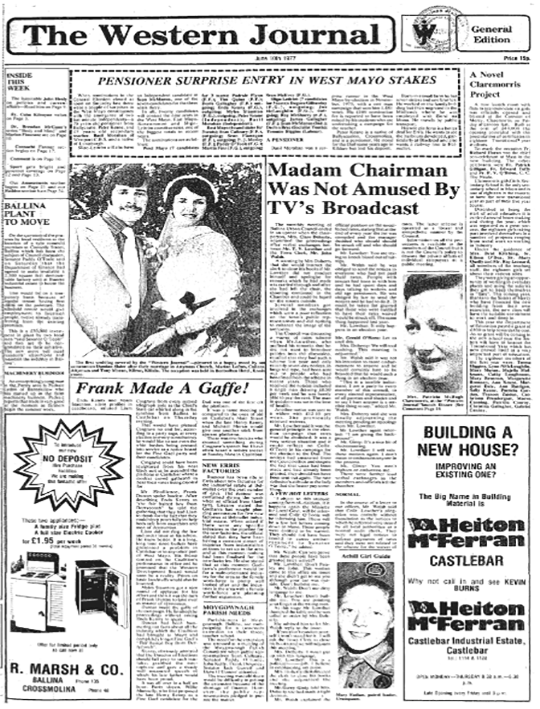 In 1977 Mr James McGuire and journalist Mr. John Healy launched The Western Journal newspaper. In the papers first edition published 03. June.1977 the paper dedicated an article on page 3 to the court room action against the title using the word ‘Western’ in its mast head. You can download page of the HERE.

When reading the exchange between Mr. James McGuire and the solicitor for the Western People Mr McGuire uses the opportunity to point out the various different print and technologies that the new and more modern newspaper will utilise for its production.

The court found in favour of The Western Journal and paper went on to produce a weekly regional newspaper rival to The Western People however this was a very short lived publication and ceased its operations in 1983 citing declining advertising revenue as its reason for closing.

Through the Irish Newspaper Archives portal, you gain access to The Western Journal newspaper from 1977 to 1983