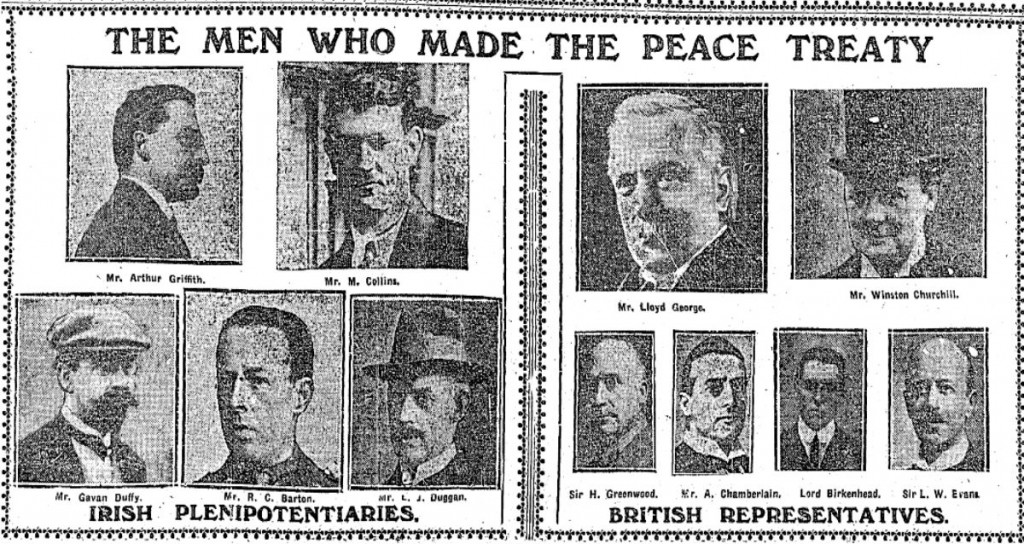 On this day in 1921 after weeks of intense negotiation, the Anglo Irish Treaty was signed in London. Under the terms of the treaty the Irish Free State, consisting of twenty-six counties would have  dominion status, similar to Canada and Australia. The British government would take control of the so-called treaty ports to safeguard their defence interests and a boundary commission was to be established to consider the border with Northern Ireland.  The boundary was to be readjusted ‘in accordance with the wishes of the inhabitants, so far as may be compatible with economic and geographical conditions’. Not surprisingly, the oath of allegiance to the British Crown caused considerable controversy. The treaty ended months of negotiations which had begun in July following the truce and the end of the War of Independence. Eamon de Valera led the Irish delegation but when a limited form of self-government was dismissed by the Dail in October, the negotiations appeared to be floundering. De Valera decided to send Arthur Griffith who was supported by Michael Collins, Robert Barton, George Gavan Duffy, Eamon Duggan and Erskine Childers as secretary. While the delegates had the status of plenipotentiaries they were instructed that any settlement should be brought before the Dáil cabinet before signing. On the 5 December Griffith and his team entered into final negotiation with their British counterparts but it remained unclear if a settlement could be reached. According to Michael Collins, the British Prime Minister, David Lloyd George threatened ‘immediate and terrible’ war if the agreement was not signed. At 2.20am on 6 December 1921 perhaps the most famous document in Irish history was signed. Download below: 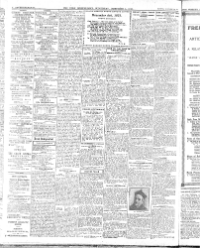 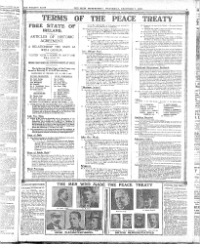