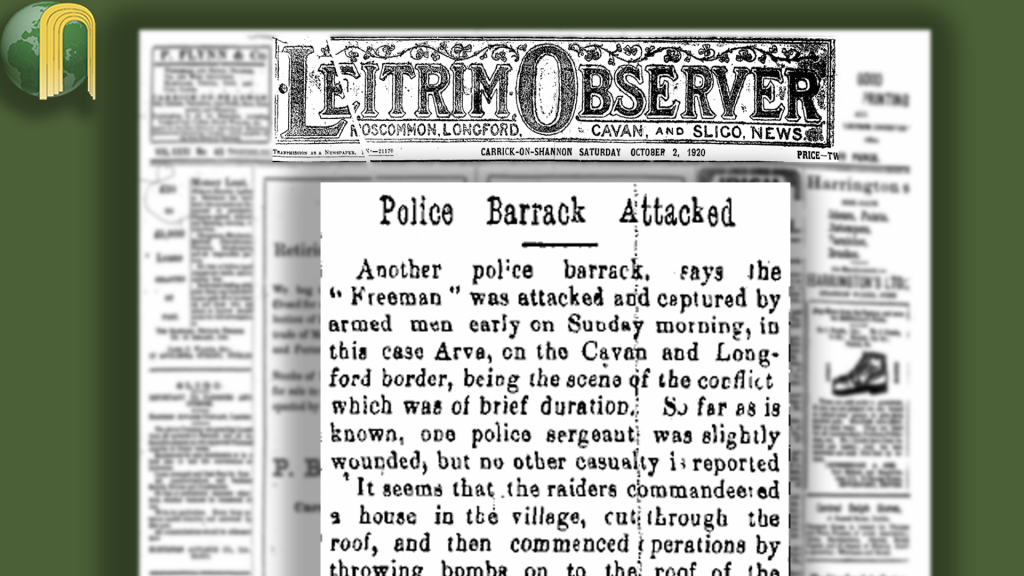 The new wave of IRA activity included attacks once again targeted the RIC and their barracks.

A daring attack on the barrack in the village of Arva, county Cavan once again showed the ingenuity of the IRA. Commandeering a house in the village, the IRA unit cut through the roof and commenced the attack by throwing home made bombs at the barracks which caused ‘terrific explosions’. The barracks, manned by eight constables and two sergeants was then attacked from front and back. Despite being taken by complete surprise the police managed toput up a ‘stubborn’ defence with rifle fire and hand grenades, but they were soon overrun. Placing the garrison in an adjacent outhouse the entire ammunition of the barracks which included rifles and revolvers were loaded into a motor car. Then the barracks was set on fire and completely burned. In advance of the attack all the roads to the village had been blocked by fallen trees and all ammunition cut. It was stated that the sergeant was prepared to surrender after about ten minutes of the affray but his colleagues would not give in. A few minutes later the sergeant again shouted that they were prepared to surrender and one police officer who refused to was carried out by his comrades. The IRA forced the police to stand with their backs to the building and only allowed them to remove personal belongings before it was torched. 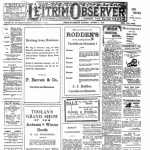