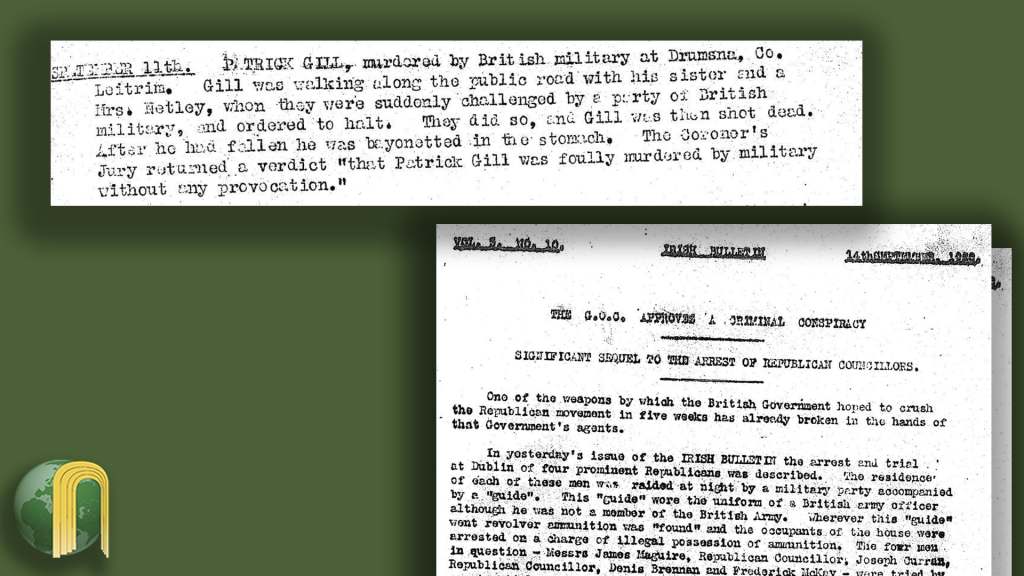 As already highlighted in this month’s posts civilians became a target as the War of Independence dragged on.

In September a man named Patrick Gill was murdered by the military as he walked along a public road near Drumsna, county Leitrim. Accompanied by his sister and woman named Netley, Gill was bayonetted after he had fallen to the ground. A coroners jury subsequently found that Gill had been murdered without provocation. Three days later another Leitrim man, James Connolly, aged seventy, was murdered at Kinlough when police came to search his home. Looking for his son, the military shot Connolly who being deaf failed to hear the call to put up his hands. In county Galway two men, John Mulvoy and James Quirke, were murdered in a similar manner. Acting in reprisal for murder of Constable Krumm, the military rounded on Mulvoy and Quirke. The latter in particular received a painful death. Taken to Galway docks, Quirke was tied to a lamppost and shot nine times in the stomach. He did not die instantly but was left to die in agony. On the same night attmepts were made to murder John Broderick and Joseph Cummins. As Broderick’s house was set on fire he escaped and although fired at on several occasion he was unwounded. Cummins feigned death after receiving one bullet and so was left by the military who decided not to fire anymore shots. 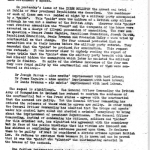