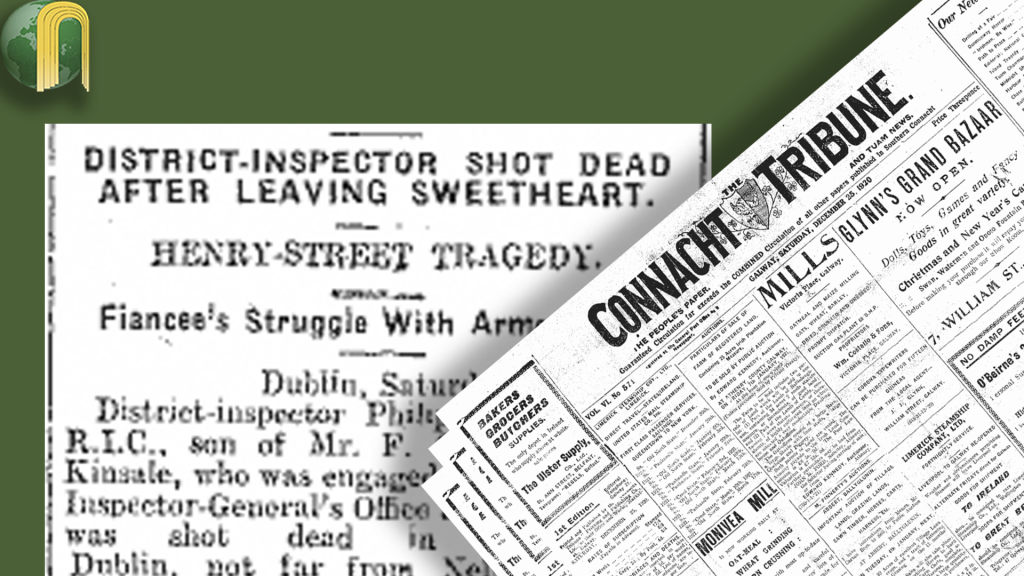 The murder of District Inspector Philip J. O’Sullivan, RIC, son of F O’Sullivan, a solicitor in Kinsale, Cork was widely condemned in Dublin as crowds gathered in nearby shopping premises on the evening of 17 December.

Just after 6pm as O’Sullivan left his ‘sweetheart’, a Miss Moore to whom he was engaged, at Nelson’s Pillar he was shot dead in Henry Street. Just after O’Sullivan had exchanged greetings with his fiancée a stranger approached him and shot him through the left eye. The assailant and his companion quickly disappeared. The victim was only 22 years old and had been demobilised from the Royal Navy before joining the RIC. Although briefly serving in the First World War, O’Sullivan was awarded the was awarded the Military Cross for bravery during the Second battle of Durazzo, Albania in October 1918. Official reports stated that Miss Moore had managed to disarm one of the assailants before the other shot a second bullet at O’Sullivan. It was stated that nobody present would give any assistance to the lady when it was discovered that the deceased was a police man. It was later claimed that a man from Kinsale had been sent up to Dublin to assist Michael Collin’s ‘Squad’ in assisting with the indefication of O’Sullivan. Joe Byrne, one of the most prominent members of the ‘Squad’ recalls the incident in his Bureau of Military History Witness Statement claiming that he was part of a look out party which took part in the killing. Sullivan was buried in Glasnevin Cemetery on 20 December. 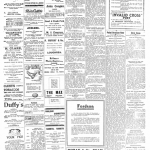