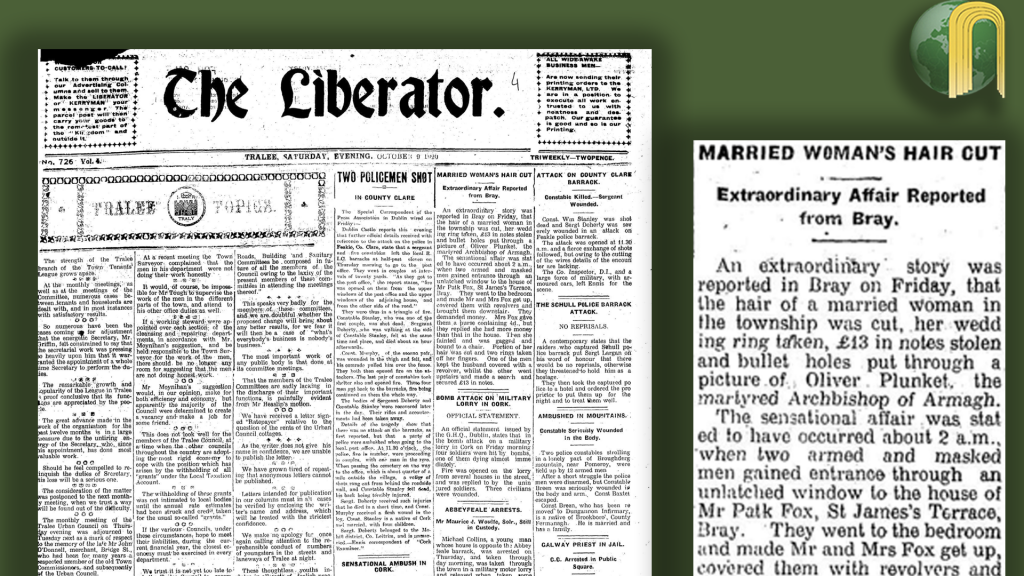 What followed a month of reprisal and intimidation in September 1920 was an upsurge in attacks on the RIC and the military. Aided by the cover of darkness that the autumn evenings provided, the IRA once more upped the ante on the military and met them head on. October 1920 was a month of ambush and shooting recorded in the pages of the Irish Newspaper Archive & the Radical Newspaper Archive.

Some crimes committed during the War of Independence may well be ascribed to petty criminals who used the uncertainty of the times and also the cloak of the IRA or the military to carry out robberies and other crimes, safe in the knowledge that their misdemeanors would likely go unchallenged. An extraordinary attack on a woman in Bray, county Wicklow occurred in October 1920 during which she had her hair cut by two men who broke into her home. Also taken on the night was £13 in notes and her wedding ring. The raiders fired bullets through the picture of Oliver Plunket, the martyred archbishop of Armagh. At a about 2am Mr and Mrs Patrick Fox were woken by two me who had broken into the house. Demanding money Fox gave them 4 pence but they were obviously aware there was more money in the house. Mrs Fox fainted and was gagged and tied to a chair. A portion of her hair was cut during the ordeal and the rings taken from her fingers. Throughout the attack on Mrs Fox, the men kept revolvers pointed on her husband. No motive was assigned for the attack other than robbery and the victims could not identify their assailants. It was likely that the men were using the chaos of the time to carry out such raids for money during the night. 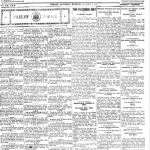