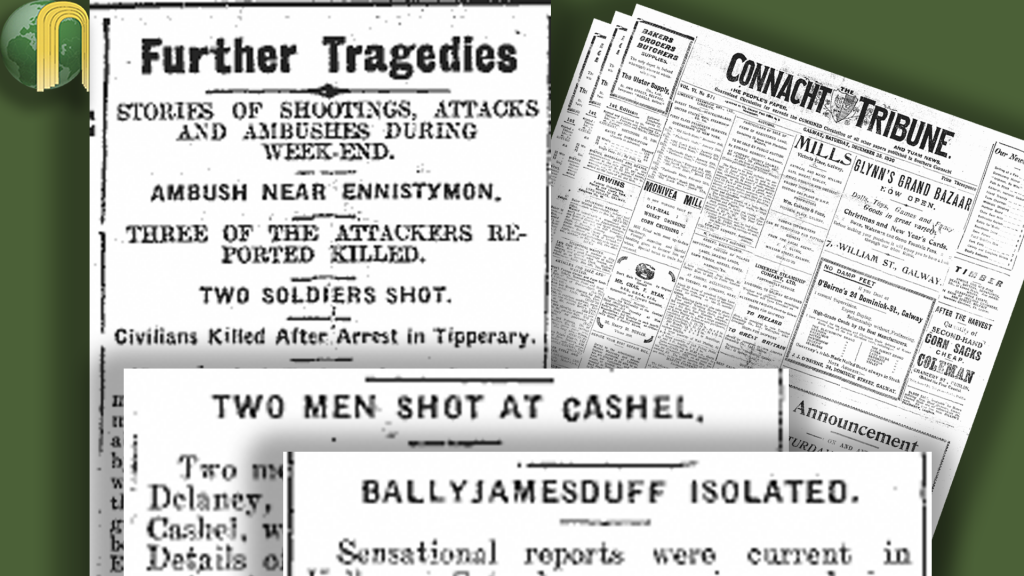 On Christmas Day 1920 the Connacht Tribune published accounts of the violence which had occurred across the country on a single day, 18 December.

The casualties included the military, members of the IRA and civilians as the catalogue of murder continued. At Ennistymon, county Clare news was received of an ambush at Gallery’s Cross, which although numbered more than 100 IRA men the military were not overpowered owing to their use of a Lewis gun. Four of the military and two policemen were killed, while it was reported that three of the attackers were killed. At Cashel, county Tipperary on the same day two men James Looby and William Delaney were taken into custody and shot dead by the military. In county Kerry a farmer and father of seven children was shot dead, although it was not clear who had shot him. In Swanlibar in county Cavan RIC Constable Shannon was shot and a Sergt Monaghan severly wounded. In the same county a daring raid was made on the RIC barracks in Ballyjamesduff, although the twelve strong garrison defended their position. In county Cork, Cornelius Delaney was shot dead one week after his brother Joseph suffered the same fate. In Tipperary two soldiers, members of the ‘Lincolns’ were ambushed and killed between Galbally and Mitchelstown. Four other members of the unit were injured in the attack. The reports stated that ‘fierce fire’ rang out between both parties. Shortly after midnight, the large grocery and spirit store of Laurence Hayes in Main Street, Tipperary was burned to the ground in reprisal. 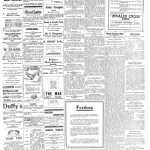