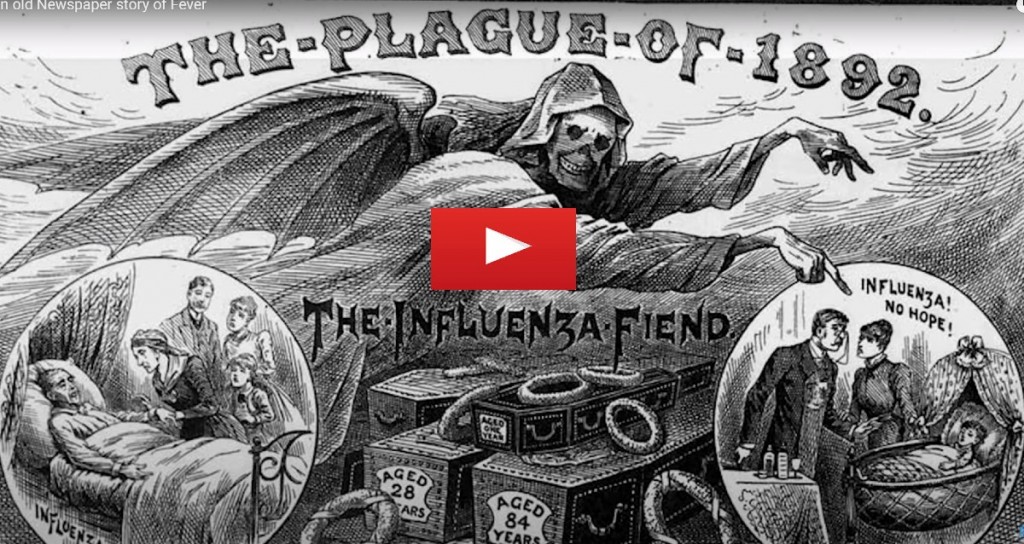 View this excellent production by Bailey & Blake . The video provides background on the global impact of the Influenza epidemic 1889. The so-called Russian flue claimed the lives of 15,000 Irish people and over a period of 3 years killed 110,000 in the United Kingdom. By 1894 it was estimated to have killed over 1 million people Worldwide. The past events in history seem so relevant today when scientists during the pandemic of 1889 suggest isolation as key to survival. The Bailey & Blake production used many sources to create this video including the Irish Newspaper Archive resource.